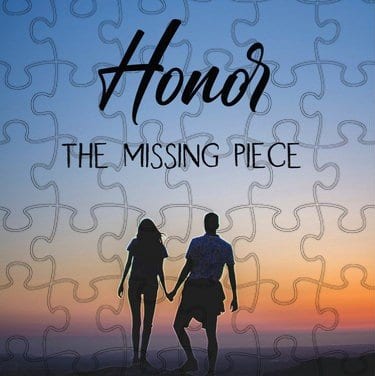 What happens when honor is missing?

Honor. It’s a mysterious concept anymore. The missing piece of a puzzle. When I was a kid, we often heard “be on your honor”, which meant you needed to do the right thing because it’s the right thing to do regardless of who was watching. When it’s present, it is the solid foundation of a good relationship and the reward is love, respect, and trust.
Honor is often like a puzzle piece. We don’t always recognize it as part of the bigger picture when we see it, but we sure do recognize it when it’s missing. When it’s missing, the beauty of the finished puzzle is incomplete or incoherent and doesn’t bring the amount of joy or satisfaction that would be present when gazing over a picture where the pieces have melded into the object of our goal, a clear image.

Here is what it looks like when honor is missing. Back in 2016, the British government began a plan to launch a $287 million polar research ship. They conducted a poll to name this spectacular research ship that was equipped with all of the latest technology and equipment. The name they were searching for would reflect the magnitude of the mission as this ship’s scientific offerings would impact how we understand our world and the importance of the ship’s scientific research in researching the climate. They hoped for names that would honor the vessel or past British explorers and scientists. The poll revealed an overwhelmingly popular name for the research ship: Boaty McBoatface. Yupp. Boaty McBoatface. Lack of honor? I would say so. The name chosen instead (by people who gave honor where honor was due) was the RRS Sir David Attenborough.
We know what it looks like when honor is missing from our relationships. Well,  we know what it feels like: A lack of regard for needs undermined attempts at leading, rude words spoken in anger, a husband who doesn’t treat his wife as an equal partner in the marriage, a wife who doesn’t treat her husband with concern and respect. Holes in the puzzle left by a missing piece of honor are painful. We get hurt and sometimes the wounding is deep.

Bring honor back to your marriage

1. You are responsible for giving honor where honor is due. This means that you shouldn’t wait until you are being honored by your spouse to give honor.
2. Honor may be a small piece of the puzzle, but what it contributes to the big picture is paramount because the picture may be unrecognizable without it.
3. Follow the leading of the Holy Spirit, because God is the only one who knows what your spouse needs.
4. Be aware of when you’re acting and reacting out of your own hurt. This will severely hinder any honor that God leads you to give to your spouse.
5. When there is a disagreement, the key is to confront lovingly and respectfully rather than with anger and contempt.

Four ways to honor your wife

Jesse Richardson, in his blog “How To Honor Your Wife” has said it best, “It is a terrifying thing for a woman to trust a sinful man.” Your wife trusts you with the rest of her life. Don’t give her reason to fear. Honor your priorities:  Christian, husband, father, employee.

Seek to understand her and treat her with understanding. Why does she do things, think things, or not? This type of cooperative relationship between the two of you will go a long way in solidifying the bond in your relationship.

3. Treat your wife as an equal in the marriage.

If she feels like a valued part where her ideas, thoughts, interests, goals, and fears are considered when making decisions, she will be more likely to not try to usurp your place as head of the family. She will know that she is valued and that you have her back.

4. Honor your wife in every part of your life. (Adapted from Jesse Richardson’s blog “How To Honor Your Wife.”)

Five ways to honor your husband

God can work in wonderful and mysterious ways when you trust His word and follow His leading when bringing honor to your relationship.

This doesn’t mean being a doormat. If he is honoring you as an equal member of the marriage, you shouldn’t feel like a doormat. Respect his position as head of your home knowing that you have wonderful contributions to the relationship and dynamics.

3. Treat your husband as an equal part of the marriage.

Decisions made without consulting him will make him feel disrespected. He isn’t a child, so you don’t need to correct him like one even if it is out of good intentions.

4.  Choose not to speak badly about your husband.

It’s tempting to share your husband’s sins with others and even call it a prayer request. It’s not. It’s gossip. Be especially careful in front of your children. Talking about their father will always backfire.

5. Pray for your husband.

God encourages us to cast our cares on Him (God). The needs that you have in your marriage may have the answers that are, on the surface, intuitive.

Honor absent from our lives makes an incomplete picture; a picture that isn’t what God intended for our marriage. Whether we are called to love or respect your spouse, we are both called to honor. Find ways to connect with your spouse: Click here

Join the conversation at Confident Wife. 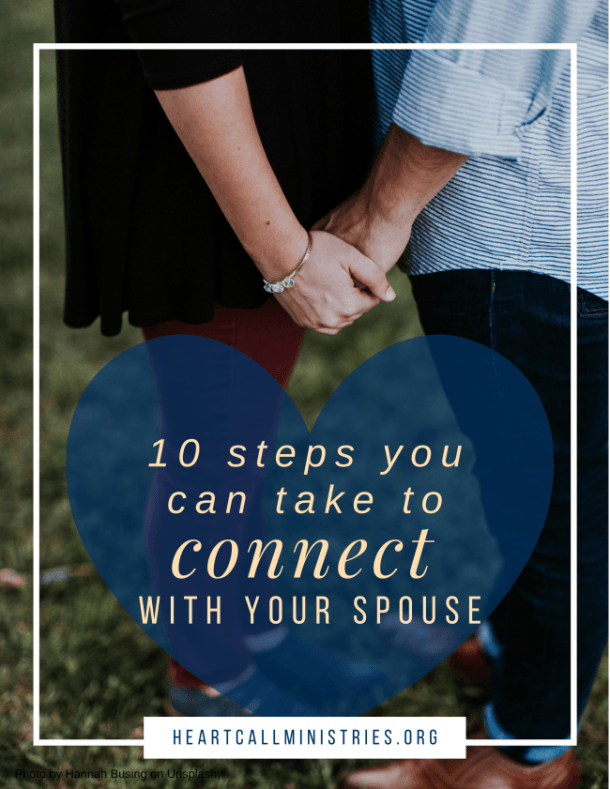 FREE PDF: 10 Ways to Connect with Your Spouse

If you're a Christian wife craving spiritual, physical, and emotional intimacy with her husband, our FREE PDF is a must have.

Inside, you'll learn how to:

• Re-Establish Trust with Your Spouse

• Connect on a Deep Level

• Promote Teamwork Instead of Turmoil

You have Successfully Subscribed!